HONG KONG – Luxury storefronts have been replaced by pop-up shops selling masks. Whole floors of skyscrapers are deserted. Streets once crammed with locals and visitors jostling for space are quiet. This is “Asia’s World City”, Hong Kong’s self-appointed title, after more than two years under some of the world’s toughest pandemic rules. The city […] HONG KONG – Hong Kong’s full reopening to the outside world hinges on further boosting vaccination levels, Financial Secretary Paul Chan wrote in blog. It has been an extremely challenging balancing act to try to curb the pandemic and facilitate travel, while preserving the economy, Mr Chan wrote in the blog post on Sunday. “Only […] HONG KONG – One of Hong Kong’s wealthiest developers made a rare open call for the government to end inbound travel restrictions, in the latest sign that even the loyal property sector is losing patience with the city’s strict Covid-19 policies. Mr Peter Woo, who controls Wharf (Holdings) and Wharf Real Estate Investment with a […] 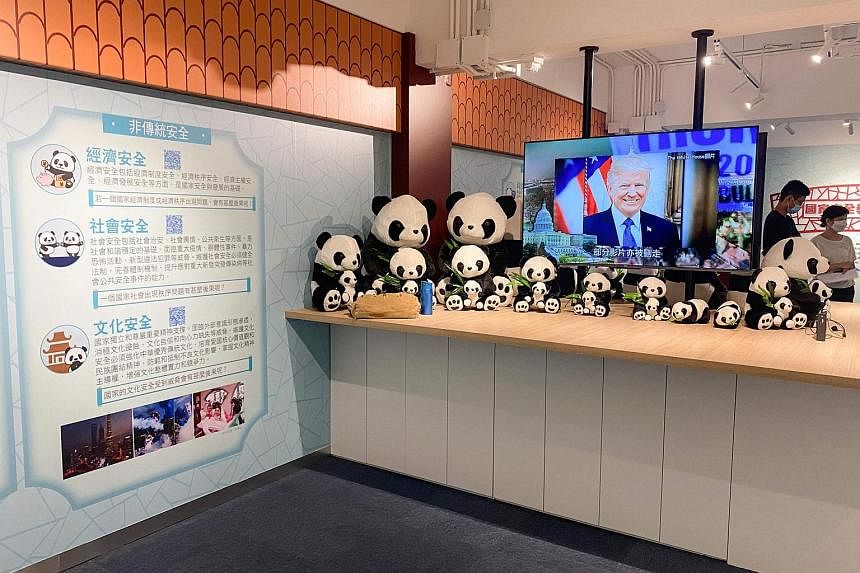 HONG KONG (AFP) – Rows of fidgeting Hong Kong school children looked on as a short film explained what constitutes a national security crime, using former United States president Donald Trump as an example – and a warning. The TV was surrounded by dozens of stuffed panda toys, which the children were assured they could […] 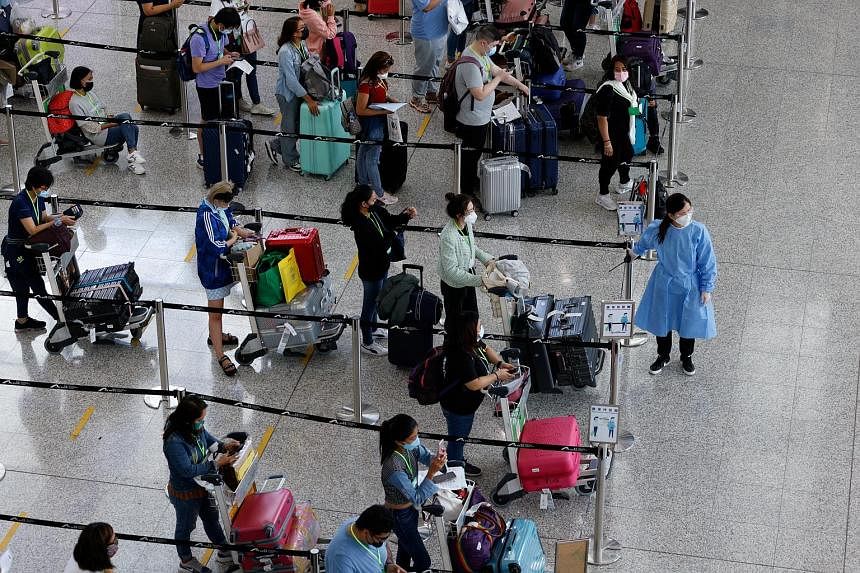 HONG KONG (AFP) – The Peak Tram, Hong Kong’s famed public transport and a popular tourist draw, reopened on Saturday (Aug 27) after a year-long US$102 million (S$142 million) facelift even as the city’s coronavirus curbs continue to keep overseas visitors at bay. The historic funicular, which dates back to 1888 and offers panoramic views […] HONG KONG (BLOOMBERG) – Finance executive Tam Sze and her family of four will soon leave Hong Kong, where she has spent her entire life, bound for Melbourne. The senior manager at an international bank plans to look a job for once she gets there by early next year. Ms Tam is hopeful that she […] HONG KONG (AFP) – A Hong Kong court on Thursday (Aug 18) decided not to penalise chief executive John Lee for late paperwork filed during the election bid where he ran unopposed for the city’s top job. Mr Lee, 64, a former security chief who oversaw the crackdown on Hong Kong’s democracy movement, was chosen […] HONG KONG (BLOOMBERG) – The Hong Kong government is studying whether travellers trying to enter mainland China could be allowed to complete their quarantine requirements in the city before crossing the border in a closed-loop system, according to a local media report. Hong Kong Chief Secretary Eric Chan will discuss the plan with local lawmakers […] HONG KONG (BLOOMBERG) – Hong Kong’s population dropped by a record as people fled strict Covid-19 restrictions that have hobbled the city as most other regions move on from the pandemic. The city saw a decline of 121,500 residents in the year ended June 30, leaving the population at about 7.29 million, according to government […] HONG KONG (AFP) – Handmade in jail, the Chinese characters on Hong Kong’s old road signs have a distinct style that a group of enthusiasts has painstakingly documented and turned into a new digital font – “Prison Gothic”. Their leader, Mr Gary Yau, says he became interested in them when he was a boy, even […] HONG KONG (BLOOMBERG) – From Slovakia to Japan, top Hong Kong officials have fired off at least 500 letters blasting critical foreign media coverage, as the city wages a global battle to safeguard its reputation as a liberal financial hub. At least 174 media outlets in almost 30 countries received missives from city leaders – […] HONG KONG (AFP) – As a teenager stuck in Hong Kong’s pressure-cooker school system, Mr Eric Yip found his escape in writing poetry – never dreaming that one day his work would go on to win a top prize halfway across the world. In March, at the age of 19, he became the youngest ever […] 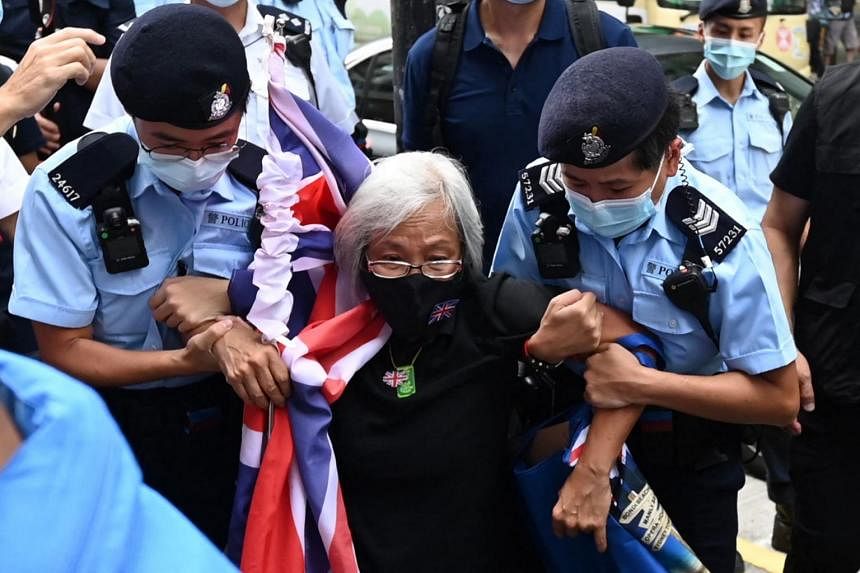 HONG KONG (AFP) – An elderly woman who became a fixture of Hong Kong’s democracy protests was jailed on Wednesday (July 13) for unlawful assembly, a day after courts imprisoned a terminally ill 75-year-old activist. Alexandra Wong, 66, popularly known as “Grandma Wong”, was a regular presence at the protests three years ago, usually waving […] 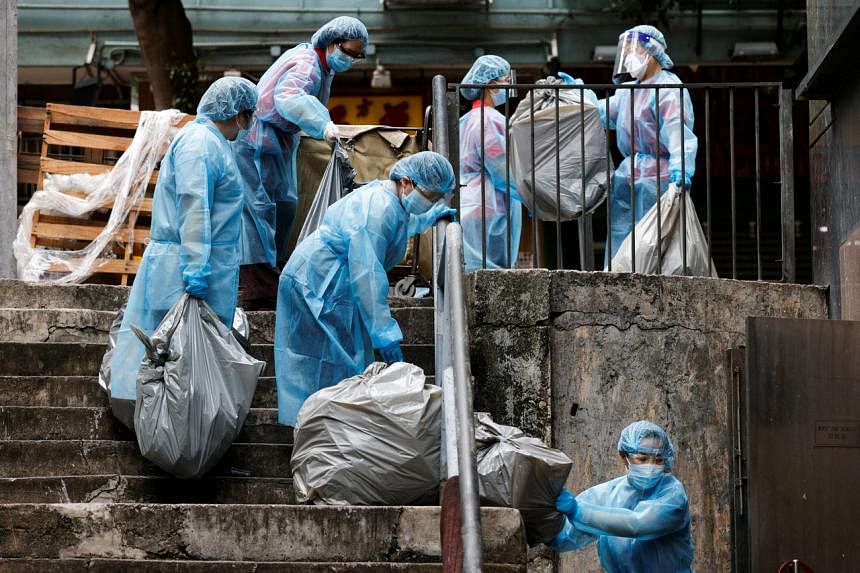 HONG KONG (BLOOMBERG) – Hong Kong’s move to halt flight bans removed one of the biggest headaches for travellers. Yet residents who want to go abroad still face another hurdle: Finding a hotel quarantine room for their return. The city’s 24,000 designated hotel quarantine rooms for August until the end of October are struggling to […]