TAIPEI (AFP) – A top official involved in Taiwan’s missile production died of heart problems Saturday (Aug 6), according to the army-owned institute where he worked . Mr Ouyang Li-hsing was vice-president of the National Chung-Shan Institute of Science and Technology and had travelled to the south of the island for business, Taiwan’s Central News […] TAIPEI (BLOOMBERG) – If any war were to break out between the US and China, one trigger may be the increasingly frequent fighter-jet encounters near Taiwan. Almost every day, Taiwanese fighter pilots hop in their American-made F-16s to intercept Chinese warplanes screaming past their territory. The encounters probe the island’s defences and force pilots on […] WASHINGTON (NYTIMES) – For years the deliberate “strategic ambiguity” in Washington’s China policy has left unclear how the United States would respond to a full-scale, amphibious invasion of Taiwan. But an equally hard question – maybe harder, in the minds of many senior White House and defence officials – is how to respond to a […] 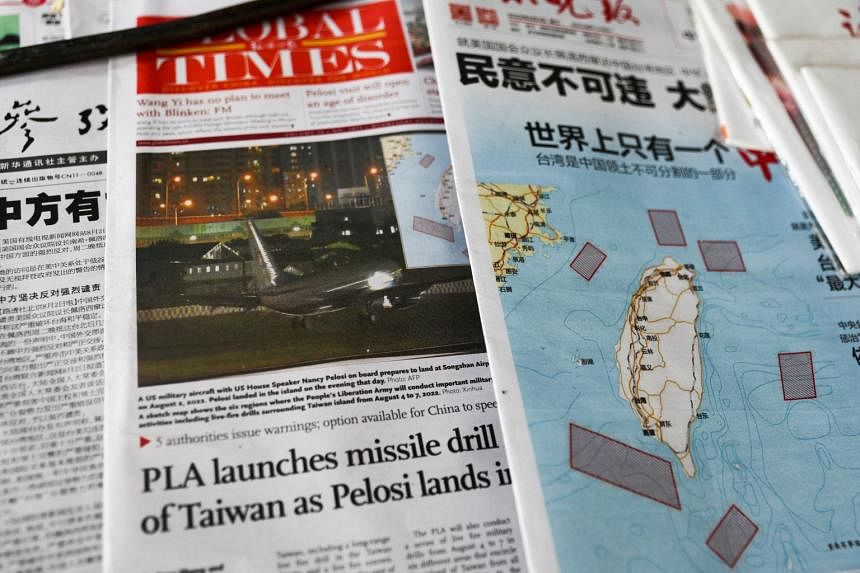 TAIPEI (REUTERS) – Suspected drones flew over outlying Taiwanese islands and hackers attacked its defence ministry website, authorities in Taipei said on Thursday, a day (Aug 4) after a visit by US House of Representatives Speaker Nancy Pelosi that outraged China. Taiwan has been on alert as China conducts a series of military exercises in response […] TAIPEI – After a two-year hiatus due to the Covid-19 pandemic, several Taiwanese lawmakers went on so-called “parliamentary diplomacy” trips last month to the United States and Europe. Such networking trips occurred quite regularly before the pandemic and legislators seemed eager to resume the tradition. They met with their counterparts in the US, Poland, Slovakia […] TAITUNG, TAIWAN (REUTERS) – Taiwan’s air force showed off its new locally designed and made jet trainer on Wednesday (July 6), touting the more advanced, combat-capable abilities of the aircraft that will replace ageing and accident-prone existing equipment. Taiwan’s armed forces are mostly equipped by the United States, but President Tsai Ing-wen has made development […]