A man walks past a campaign poster at the People's Movement for the Liberation of Angola party headquarters in Luanda on Aug 26, 2022. (JOHN WESSELS / AFP) LISBON – Angola's Constitutional Court made a final ruling on Thursday to dismiss a complaint filed by the runner-up in the Aug 24 election seeking to annul […] Brazil's President Jair Bolsonaro gestures to supporters during a rally to launch his reelection bid, in Rio de Janeiro, Brazil, Sunday, July 24, 2022. (BRUNA PRAD / AP PHOTO) According to the latest data released by Datafolha poll in June, Lula takes the lead with 47 percent of the vote, followed by Bolsonaro with 28 […] Judges gather on the steps of the Palace of Justice during a protest against Tunisian President Kais Saied in Tunis, Tunisia, June 23, 2022. (HASSENE DRIDI / AP) TUNIS – Tunisians vote on Monday in a referendum on a new constitution that critics of President Kais Saied fear will maul the democracy that emerged from […] 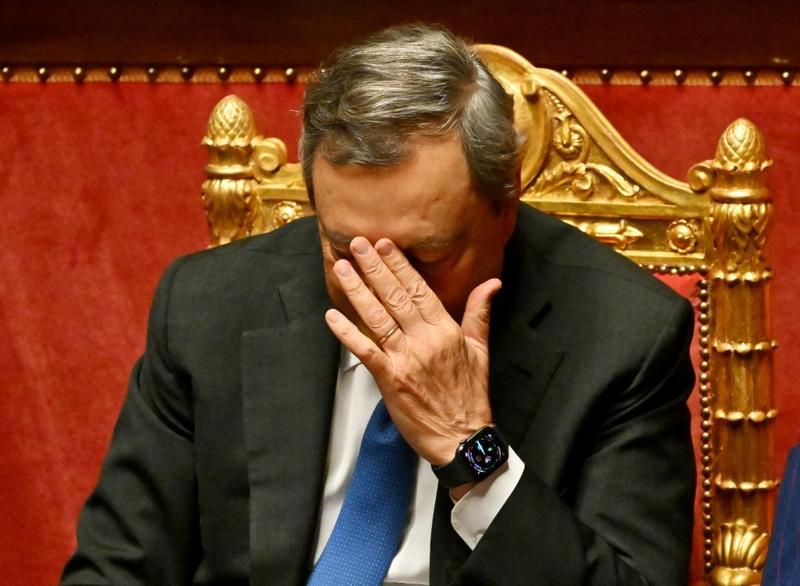 President of the Italian Senate Maria Elisabetta Alberti Casellati (center) reads the results of the vote in the Senate hall after a vote of confidence to the prime minister at Palazzo Madama in Rome on July 14, 2022.  (ANDREAS SOLARO / AFP) ROME – Italian Prime Minister Mario Draghi's coalition government appeared on the brink […]